PC - My iPad is a Drum Machine

Just got the iPad 3G today! Apparently my iPad is a drum machine. I downloaded the Korg iElectribe app for 10 bucks. Within 30 seconds I was making my own track and messing around with FX. I recorded a mix just now. The first few tracks are my production and then I mix some of the prefab tracks in just to show off what this app can do. I also throw in a lil AOTV 4 and A Team for good measure and I played Simon at the end. The mix is 27 minutes and 5 seconds long.

PC - My iPad is a Drum Machine.mp3

PC
Posted by Productive Citizen at 10:11 PM No comments:

We just recorded a fantastic Live PA set. It was mainly recorded 108 BPM. The last song goes up to 190 BPM! Anyways listen to it... This is the longest AOT Fun Time Mix. It is 44 minutes and 4 seconds long beating the previous record (AOT Fun Time Mix 17) by 1 minute and 9 seconds.

PC
Posted by Productive Citizen at 6:32 PM No comments:

So we played a live show yesterday. It was on the docks just west of the Shoreline Yacht Club in Long Beach, CA. I have attached some pictures to show just how absurd a location this was for a techno live PA. 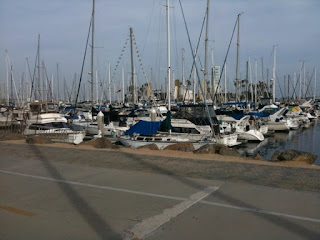 I am starting to get worried... 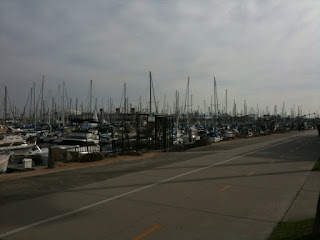 While we were setting up I kept saying this was ridiculous... 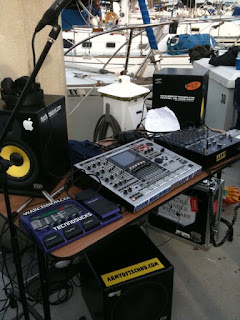 This was the view from our dock: 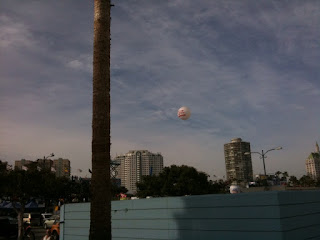 So the dock was about 5 feet wide, and we were setup right in the walking path. Most DJ/Live PAs have the luxury of being in a booth effectively on display, we weren't so lucky. The acoustics were downright awful. There was nothing for the bass to reverberate against. I had the mixer and our speakers going full blast, and it was still hard to really thump. Our microphone kept feeding back throughout the set because everything was redlining. About halfway through the set we reached a delicate equilibrium and got the vocals working. You will hear it on the mix, we were on the edge of a feedback loop for most of the show. I would describe this mix as gritty. Another person described it as gravy.

So without further ado, this is the recording of our first live show in 2 and 1/2 years. It is 48 minutes and 38 seconds long.

I want to apologize to those AOT fans that were unable to find the party. It was so underground that we didn't know the exact location until we were about to play and as you can see in the pictures, it was no easy task to find our boat.

Thanks to the Optimist for booking this show,

PC
Posted by Productive Citizen at 11:31 AM No comments:

We hope to see you in Long Beach this Saturday.

PC
Posted by Productive Citizen at 1:46 PM No comments:

We just recorded yet another AOT Fun Time Mix. Our bass frequencies traveled down the San Andreas fault to Mexico and toppled many people's homes. This was not our intention, but we rock hard. This is the longest AOT Fun Time Mix. It is 42 minutes and 55 seconds long, beating the previous record (AOT Fun Time Mix 11) by 20 seconds.

PC
Posted by Productive Citizen at 6:31 PM No comments:

We have received and accepted an offer from Apple Inc. to sell our family of websites:

Sorry, Google. Your offer was too cheap. This obviously means that we are going to pass the torch to Steve Jobs and buy a money bin to swim around in. Good luck, buddy. If you were a fan of us, too bad. You didn't buy enough T-shirts. This deal values each of our blogs at $3 billion. AOTV was the main sticking point in our past discussions with Google, but Apple was very impressed by AOTV 4 - United Banks of America. We would like to thank our fans for making us filthy rich, but now you guys can suck it... SIDEWAYS!

PC
Posted by Productive Citizen at 8:35 AM No comments: